“Malamatenia Logia”  is the first single from Pavlos Pavlidis’ upcoming album “Pera apo ti Thalassa”, a new, unique and unexpected release, that will give the audience a chance to navigate in the universe of Greek acclaimed composer Yannis Markopoulos.

One of Markopoulos’ most iconic songs, with lyrics by poet Manos Eleftheriou, “Malamatenia Logia” was first released in 1974, during the military dictatorship, and thus it was censored.  Although we are now counting almost 50 years from its original release, this song is still very relevant, since, according to Pavlos Pavlidis, ‘The oppressed that the lyrics stood for 50 years ago still exist. They are the immigrants, the refugees, and the displaced people of our times.’ 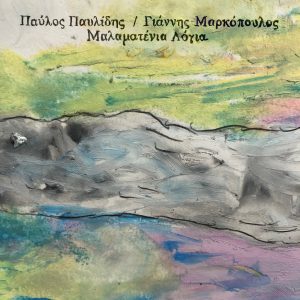