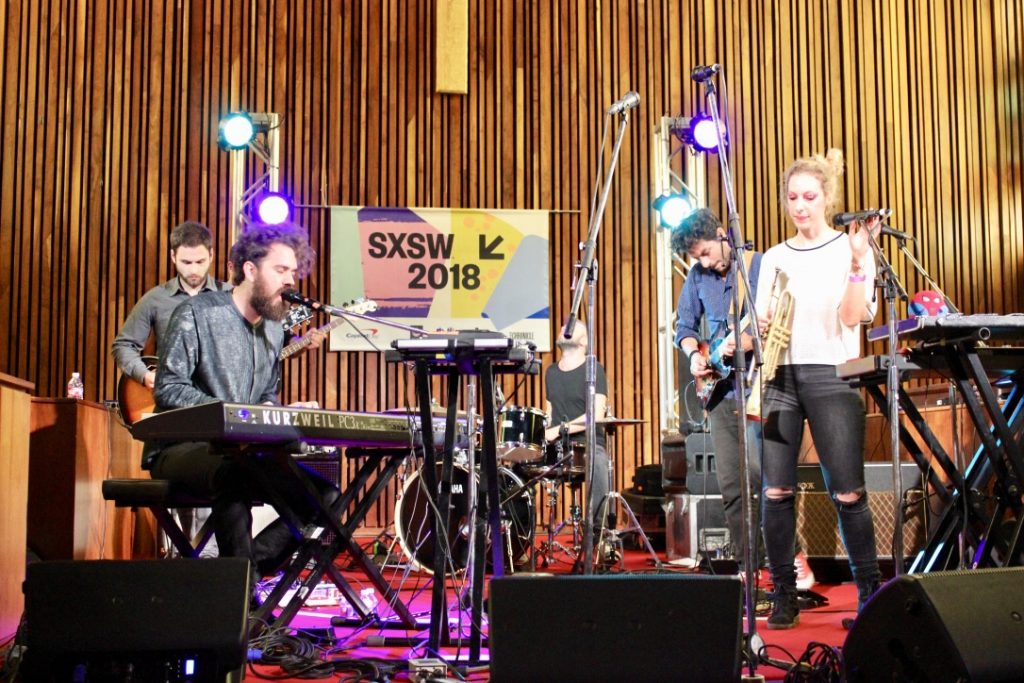 Having graced the stages of Eurosonic Noorderslag, Live at Heart Festival and Reeperbahn Festival (where he was named Best Performance Of 2017), Greek multi-instrumentalist and composer Theodore will showcase his talents at SXSW 2018 on March 16.

Ηis newest single, “Towards? (for what is to come)” arrives March 2, just ten days ahead of his trek to SXSW, which will be his North American live debut. ‘Towards? (for what is to come)’ is a sonic stream of consciousness, capturing every nuance of Theodore’s technical wizardry. Covering a wide sonic scope, he drowns ethereal melodies in a cauldron of psychedelic sounds. Theodore will follow this new song with an album in the fall of 2018.

The Greek performer has already garnered considerable success with his previous album It Is But Its Not which was co-produced by Clive Martin (Queen, Reef) mixed by Ken Thomas (Sigur Rós, Moby, M83) and performed live at the fabled Studio 2 at Abbey Road Studios. With over 1.7 million Youtube views, he has received radioplay from the likes of BBC Radio 6 Music’s Lauren Laverne and French station RadioKC, as well as support from publications such as Tsugi and Szene. Theodore supported Sigur Ros and DIIV at Release Festival (Athens) in 2016, and looks forward to showcasing his talents at this year’s SXSW Festival.

Based in Athens, Theodore’s schooling in piano and traditional Greek folk music lead to a professional music career in London, where he studied Music Composition in 2011. Theodore has written music for theatrical pieces such as Matina Megla’s Window, Vladan Nikolic’s film Bourek, and was commissioned to write a new score for Buster Keaton’s classic silent comedy of 1928, The Cameraman. Theodore and his band then performed the score live to the film screening, in the unforgettable setting of the Temple of Zeus in Athens, which he describes as “one of the best moments of my life.” Theodore has gained notoriety for his memorable live performances, dazzling audiences with his mesmerizing stage presence.