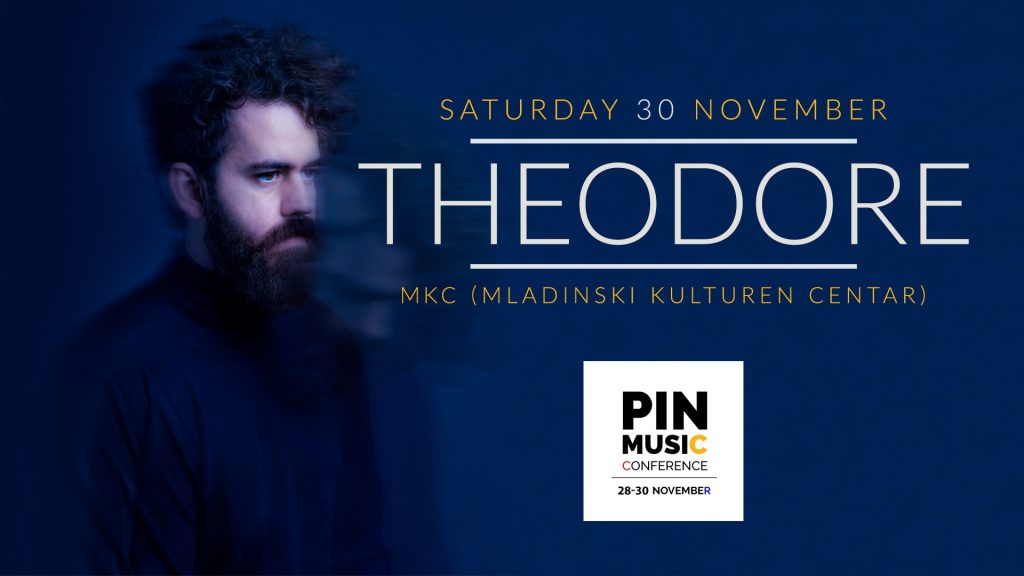 Almost a year after the release of his third studio album “Inner Dynamics” that got rave reviews and a first release from NPR Radio in the U.S.A, Theodore, always creative and creating, ends his touring year with a North – Central Europe Tour, ready to present new songs from his up and coming next album and keeping us on the line for his next release.

Having toured in southern Europe and U.S.A., including his second consecutive live set at the SXSW Festival in Austin and the highlight of his Tiny Desk Concert, Theodore visits favourite venues and returns to some of the greatest european cities for one more gig in 2019.

Multi-instrumentalist and composer Theodore has gained notoriety for his memorable live performances, dazzling audiences with his mesmerizing stage presence. Announcing the release his cascading LP Inner Dynamics for November 2, 2018, on NPR’s All Songs Considered, the Greek artist has already garnered considerable success with his previous album It Is But It’s Not, which was mixed by Ken Thomas (Sigur Rós, Moby, M83) and performed live at the fabled Abbey Road Studio 2 in London. With over 2 million Youtube views, Theodore has supported Sigur Ros and DIIV at Release Festival, graced the stages of Reeperbahn Festival [Best Performance Of 2017], performed at Eurosonic Noorderslag and showcased his talents at this year’s SXSW Festival – where he was picked as NPR Music’s ‘SXSW 2018: Favorite Discoveries And Memorable Moments’. Theodore has received support from tastemaker publications such as CLASH Mag, Music Week, Tsugi, FGUK, Gaffa and Szene and radio play from the likes of BBC Radio 6 Music’s Lauren Laverne, while his single Towards? (for what is to come) is currently playlisted on renowned national radio stations NPR All Songs 24/7 Music (USA) and Flux Passport Approved (Germany). Covering a wide sonic scope, Theodore drowns ethereal melodies in a cauldron of psychedelic sounds, while his unique mélange of influences allow a broad scope of movement, from ethereal classical movements to driving, melancholic post-rock sections.